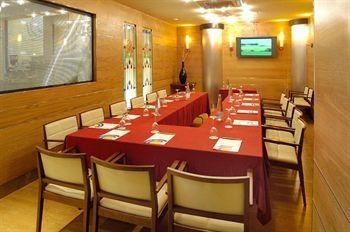 The rooms in the Barcelona Hotel Evenia Rocafort include satellite television, Internet access, mini-bars, safe deposit boxes, bathrooms, telephones, climate control, and hairdryers. Also on offer at the hotel are business centers, a TV room, a lift, and an on-site restaurant.

The Barcelona Hotel Evenia Rocafort is a conveniently located hotel that opened in 2004 near the city center. Close to a number of attractions and situated on the public transit lines, this hotel offers easy access to a number of amenities including restaurants, shops, museums, and more.