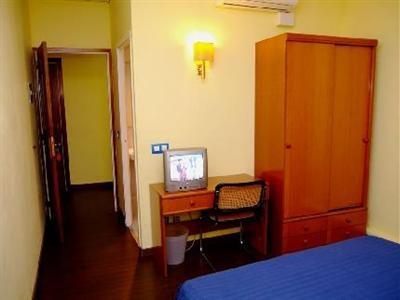 The best places of the city revolving around you? This is the option offered by the Barcelona Hotel City Universal. Get out of the hotel and let the city to discover for itself.... Get out of the hotel and let the city to discover for itself... The Barcelona City Hotel (Hotel Universal) will let you to sleep in the modernist route, the heart of the Quadrat d'Or (Golden Square), the largest concentration of modernist buildings around the world, the largest outdoor museum of Barcelona. Twenty meters away from the main point of the Eixample district, where you can find the masterpieces of Gaudi, Puig i Cadalfalch and Domenech i Montaner. Live one block away from the Passeig de Gracia, one of the most important transport hubs in Barcelona, with three lines of metro, suburban and regional trains, as well as various bus routes (including the bus tour) you will be logged with the city and the fairgrounds. Take a stroll down the street where the shops of the most renowned brands from around the world are married with shops of years ago, the true path of shopping in Barcelona. Just two blocks away from the Plaza Catalunya, where the Gothic Quarter and the famous Ramblas of Barcelona begin. The Barcelona City Hotel (Hotel Universal) offers you the value for money, clean rooms and friendly environment. Barcelona will turn around you...