Filter Things to do by Type

Filter Things to do by Type 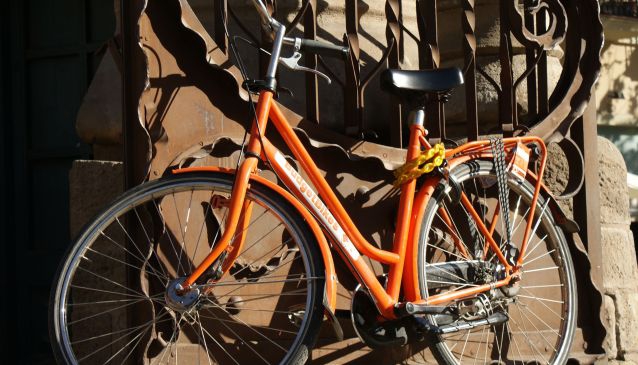 BudgetBikes Rental & Tours is a bicycle rental company in Barcelona specialized in Dutch bicycles. Zooming around on these very comfortable orange bicycles you can easily see the most beautiful monuments in the city.

BudgetBikes Rental & Tours opened its doors in Barcelona in April 2006. It started with an increasing fleet of 350 high-quality orange Dutch bikes and now has four outlets and is rapidly monopolising the streets of Barcelona.

The many tourists who want to discover the diversity and beauty of the Catalan city in a fun, practical and personal way, are now able to do so on city bikes hired at BudgetBikes Rental & Tours.

Barcelona's warm weather means bicycles can be rented throughout the year, so if you are thinking about what to do in Barcelona, be sure that hiring a bike is one of the first things you do!

BudgetBikes Rental & Tours rents out bikes for an hour or more and is one of the cheapest bike rental places in town. It offers a different way to discover Barcelona, whether for culture vultures, tourists or gastronomy lovers!

Cycling in Barcelona is also safe because the city boasts 100 km of cycle lanes. You are also allowed to ride on the wide pavements and pedestrian areas in the city centre.

BudgetBikes Rental & Tours also organises guided tours in Barcelona to show you a large part of the city in a short time. Tours take about 3 hours and there are stops to take pictures and learn the guide's inside story about the various places.

Some of the most important sights of Barcelona visited during a tour are: the Gothic Quarter including the Cathedral, the Old Harbour including the statue of Columbus, the Ciutadella Park, the Sagrada Familia in the Eixample district, the Olympic Port and Gaudi´s fabulous monuments.

Meeting Points for the Daily Tours are:

10:30h. At the Plaça Catalunya, next to the Tourist Office.