Without doubt the best view of Barcelona is when you’re coming in to land at Barcelona Airport. After stacking over the sea, the plane banks down steeply, hugging the city’s seafront, providing a spectacular bird’s eye view of the glistening sandy beaches and impressive buildings such as Gaudí’s Sagrada Família and the white church sitting proudly on top of Tibidabo mountain. In fact, the view is so tempting that you just can’t wait to get off the plane and visit the city!

However, before you sample the delights of Barcelona your first stop will be Barcelona Airport El Prat, located in the Llobregat delta, about 12km (7.5 miles) southwest of Barcelona. The airport came into its glory after being fully refurbished thanks to the 1992 Olympic Games, with the construction of Terminals A and B (now merged to make Terminal 2 A, B and C) designed by the famous Catalan architect Ricardo Bofill. Twelve years later in 2009 a smart and spacious three-floored Terminal 1 was opened to deal with the more than 35 million passengers passing through the airport every year (with an expected future capacity for 55 million passengers). The new Terminal 1 is the fifth largest terminal in the world, with a staggering 144 check-in counters. In fact, after Madrid Barajas Airport, this expansion makes Barcelona Airport El Prat the second largest airport in Spain and the main operational base for Vueling airline, whilst providing a hub for Iberia Regional and low cost carriers such as Ryanair or Easyjet which has its own dedicated area in Terminal 2. Iberia also operates a very efficient and frequent air shuttle (Pont Aeri) between Barcelona and Madrid, ideal for business travellers who want the flexibility to catch a plane whenever they need to.

Inside the airport, travellers are spoilt for choice with a vast range of shops and duty free outlets, ideal for buying last minute gifts. A plethora of restaurants and cafeterias serve all kinds of food and drink and it goes without saying that the airport also has VIP lounges, wifi areas, car hire facilities, currency exchange desks and cash points, all to make your journey much more stress-free.

Once outside the airport, there is a good selection of hotels to spend the night in a close taxi ride away, or you might want to make your way directly to Barcelona city centre using the airport’s fast and efficient transport links. The blue Aerobús stops directly outside the terminals and has convenient city centre stops and the train (rodalies) can be taken from the airport to reach Barcelona Passeig de Gràcia station in just 27 minutes.

What better way to reach the breathtaking coastal region of the Costa Brava than arriving at the conveniently-located Girona – Costa Brava Airport? Situated in the small town of Vilobí d’Onyar, this airport is about 12.5km (7.8 miles) southwest of the beautiful city of Girona, with its ancient cathedral, fortifications and Jewish quarter. If you’re arriving in the summer, it’s a short distance by hire car from the airport to some of the nearby beach resorts and quaint fishing villages dotted along the Costa Brava, such as Calella de Palafrugell, L’Estartit and Platja d’Aro or the attractive inland towns of Begur, Besalú and Castelfollit de la Roca.

The towns of Figueres (home to the Salvador Dalí Museum), Empuriabrava and Roses in the north of the Costa Brava can all be reached by bus companies Sarfa and Sagalés, which also serves the beach resorts of Lloret de Mar, Tossa de Mar and Blanes to the south.

Girona – Costa Brava Airport is also the gateway to Barcelona for many low-cost travellers, as it is located just 92km (57 miles) north of the city, with a direct bus link from the city of Girona. A reliable bus service will take you right into the centre of Barcelona, stopping at the Estació del Nord. The airport also lies just 40 minutes from the French border and is a hop from the picturesque and popular ski resorts of Andorra (served by bus company Novatel – Andorra by Bus) and the breathtaking Catalan Pyrenees.

Originally built in 1965, Girona – Costa Brava Airport reached its heyday at the beginning of the 2000s when low-cost carrier Ryanair and summer charter flights started to serve the almost 3 million passengers who now pass through the airport every year. This clean and small airport is well known for its friendly staff who work at the 33 check-in desks, shop, food hall, tourist information desk, duty free outlet and car hire facilities. An added bonus for passengers is the 15 minutes free wifi access and the airport also has meeting rooms available for hire by business travellers. 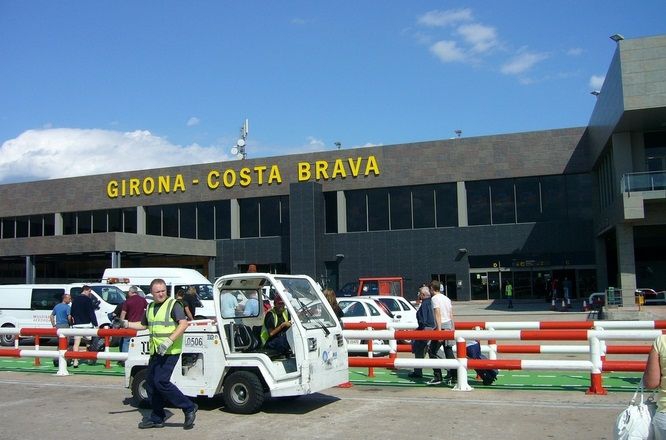 If you’re looking to reach the Costa Daurada region or historic cities such as Lleida or Tarragona, with its amazing Roman remains, your best bet would be to fly to Reus Airport. Reus Airport is a popular destination for families who want to combine their beach holiday with a visit to the spectacular Port Aventura attraction park near Salou. Reus, approximately 3km from the airport, is in itself also a good place to visit. Not many people know that Reus is where the famous Catalan architect Antoni Gaudí was born, although the town only has examples of modernist buildings from other architects. For nature lovers, the Delta de L’Ebre natural park, one of the most important wetland deltas in the western Mediterranean, is just a short drive to the south of the airport.

Reus Airport’s main airline is low-cost carrier Ryanair flying to European destinations, but charter flights are also operated, especially during the summer season. Almost 1 million passengers passed through the airport in 2012. This small airport has a recently expanded check-in building with 23 check-in desks and 12 boarding gates, a shop, duty free and restaurant facilities (there’s even a German bar!) and passengers can make use of 15 minutes free wifi access.

Once you’re out of the airport and ready to go, for just 3 euros you can take the Line 50 bus directly into the centre of Reus. The bus company Bus Plana provides services from the airport along the Costa Daurada with stops in La Pineda, Salou and Vilaseca and the city of Tarragona (7.5km away) can be reached by using the Hispano Igualadina buses.

All in all, Reus Airport is a convenient little airport and in no time at all you can be either sunning yourself on one of the glorious beaches of the Costa Daurada or screaming your head off on one of the hair-raising attractions at Port Aventura. 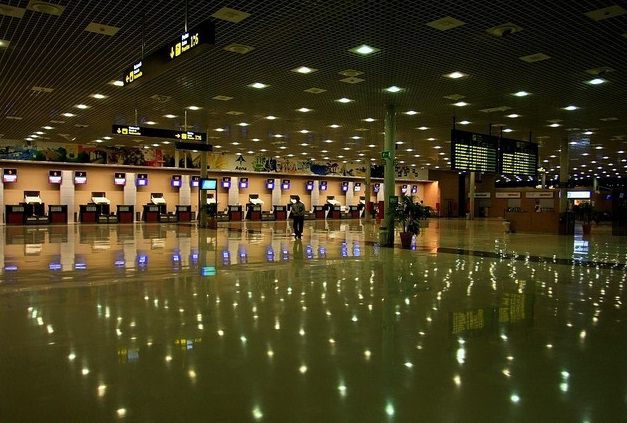